Lester Earley thinks he could leave something valuable behind for his 12 grandkids if he could get his criminal record cleared.

The 65-year-old wants to start a private security agency to eventually pass down to his family, but old felony convictions disqualify him from state licensure and a concealed pistol license.

Earley says his past crimes arose from tough times. In the 1990s, he didn't have a license to carry a concealed weapon and was caught driving with a gun on his seat for protection after he was robbed. Earley said he later cashed a bad check for $200 when he was hard up for cash to support his young daughter. He completed probation and paid off his fines years ago, and now he wants to leave his record in the past. 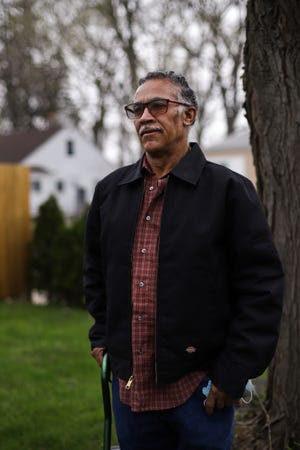 "I want to be respectable. I'm old now," said Earley, who lives in Detroit. "I just want something for my family. ... Maybe they won’t have to work so hard down the line."

New expungement laws that take effect Sunday, April 11, offer hope to Earley and others across Michigan. The legislation significantly expands eligibility for expungement, opening up the criminal record clearing process to people who previously didn't qualify. Estimates of the number of people impacted by the changes range from hundreds of thousands to as many as 1 million.

Advocates, researchers and state legislative leaders say getting a conviction expunged translates to more access to jobs, housing and other opportunities. But Michigan's new qualifications can be confusing, especially for someone applying for expungement without an attorney. Organizations across the state are gearing up to offer free or low-cost legal assistance to help people navigate the laws.

"Historically, a lot of people haven’t even known about the expungement process or known how to get help with it. I think people know more about it than they did a year ago, two years ago," said John Cooper, executive director of Safe & Just Michigan, a nonprofit that advocates for criminal justice reform. "I think legal assistance is even more important now than it was because it's not as straightforward with the new eligibility expansions."

How Michigan's expungement laws are changing

Expungement seals criminal convictions from the general public, including employers and landlords. Once a record is expunged, people applying for employment, housing and financial aid can truthfully state that the arrest and conviction never occurred.

Law enforcement, courts and agencies such as the Michigan Department of Corrections retain access to expunged records.

The changes that kick in Sunday apply to expungement through the petition process. That's when someone applies for expungement and it is decided by a judge in the court where the conviction occurred.

A process to automatically clear certain misdemeanor and felony convictions without an application is in the pipeline. Law enforcement and courts were given a two-year timeframe to implement this system. Automatic expungement will be rolled out in April 2023 at the earliest, according to the State Court Administrative Office.

The key changes to expungement by application include:

The following convictions are not eligible for expungement: felonies that carry a maximum punishment of life in prison,attempt to commit a felony for which the maximum punishment is life, felony domestic violence (if the person has a previous domestic violence misdemeanor), certain offenses related to child abuse or the exploitation of minors, human trafficking offenses, most criminal sexual conduct offenses, terrorism-related offenses, DUIs, and traffic offenses causing injury or death.

From start to finish, the expungement process takes about six to nine months. It starts with filling out an application form. Forms can be found on the State Court Administrative Office's website at courts.michigan.gov/News-Events/Pages/CleanSlate.aspx

Application forms list step-by-step instructions. Additionally, the Michigan Attorney General's website has a page dedicated to expungement, with links to application checklists, frequently asked questions and more information. Go to michigan.gov/ag and click on "initiatives" and then "expungement assistance."

How to get help with expungement

On Saturday, April 10, Strong Women Lead PAC and former state Rep. Sherry Gay-Dagnogo, a sponsor of the expungement bill package, will host an event to highlight the new laws. Attorneys will provide background checks and expungement help to people across Michigan. The event will be hosted virtually as well as in-person with masks and social distancing from 9:30 a.m.-noon at Horatio Williams Foundation, 1010 Antietam Ave., Detroit, 48207. To register, visit mifreshstart.com.

On Monday, April 12, Safe & Just Michigan will host a Zoom and Facebook Live event to preview free and low-cost options for getting help with expungement. Lt. Gov. Garlin Gilchrist, Michigan Supreme Court Chief Justice Bridget McCormack, Attorney General Dana Nessel and others will talk about the laws and available assistance. To register for the 3 p.m. event, go to safeandjustmi.org. Send questions to This email address is being protected from spambots. You need JavaScript enabled to view it..

Nessel has said that her office will coordinate with law schools to host expungement fairs across the state this year. A spokeswoman said more information will be available in the coming weeks. The Attorney General's office has set up an email address to answer questions about the expungement laws: AG-expungements@michigan.gov.

Attorneys with legal services programs across the state are prepared to help people determine if they qualify for expungement and apply. Assistance is free and is typically determined by income, said Shannon Lucas, director of advocacy for the Michigan Advocacy Program.

People can get help by calling the Counsel & Advocacy Law Line at 1-888-783-8190 for a screening. Those who qualify will be forwarded to a legal aid office in their area.

The website michiganlegalhelp.org also has information on how to contact a legal services office, as well as self-help tools and toolkits for expungement.

Project Clean Slate is a free program available to Detroit residents. Attorneys assist residents with each step of the expungement process, from the application to the court hearing. Carrie Jones, the project lead, said demand is high — 4,000 people have registered for help in the past three months — and people can sign up online or by calling the office. Staff are working through a backlog and will update applicants at each stage of the process, Jones said.