If you worked for the Census

Mayor Duggan and Congresswoman Rashida Tlaib have teamed up on an effort to ensure that Detroit's Census count was fair and accurate. If you or someone you know worked for the US Census Bureau in Detroit during 2020--we want to hear from you about your experiences. 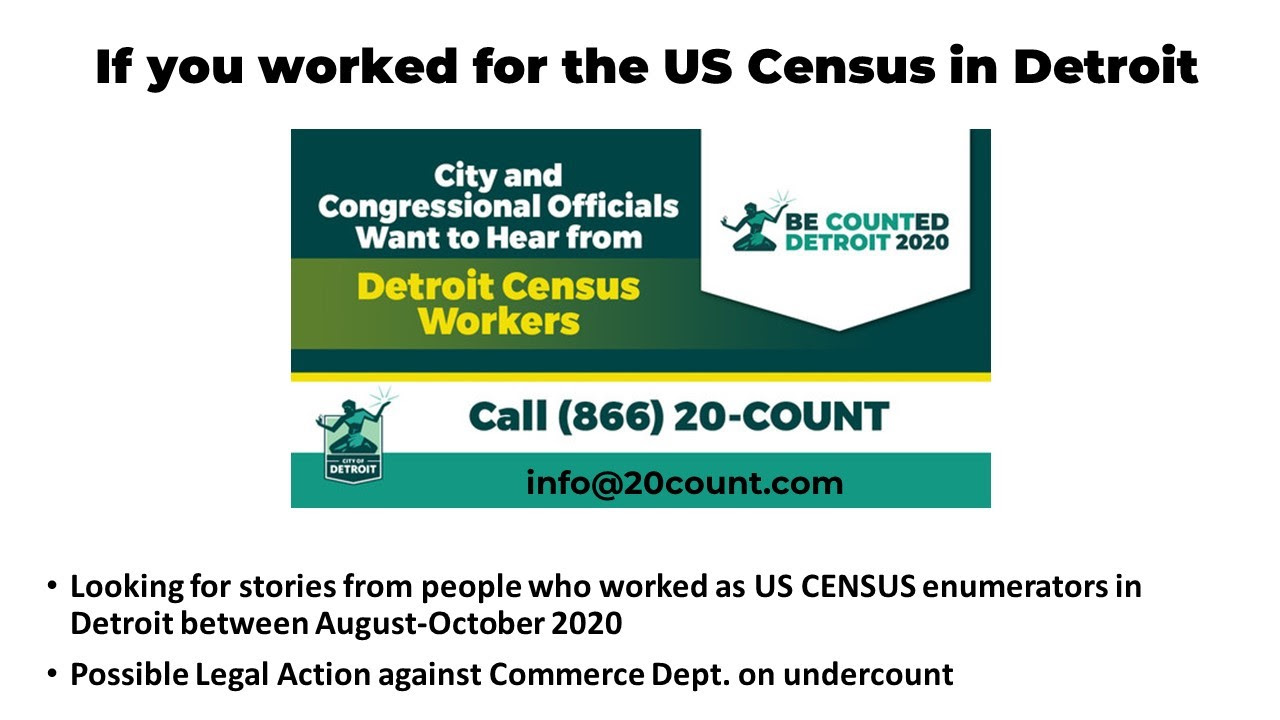 On another note, the US Census Bureau is scheduled to release State population totals on or before February 6, 2021, unless Congress acts to extend this timeline. The City population totals won't be released until end of April or May 2021.  We plan to publish the final participation rates for all the City Neighborhoods at that time--so stay tuned.  Have a safe and Happy Holiday!