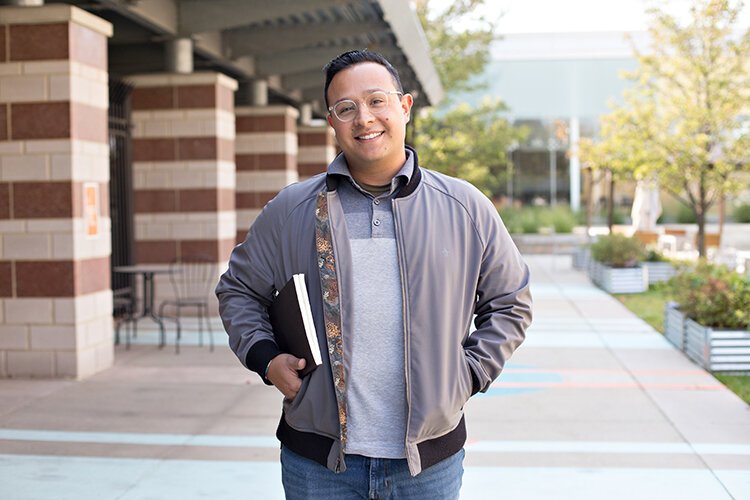 It took Juan Carlos Dueweke-Perez a long time to be comfortable with the many different facets of his identity. An immigrant, entrepreneur, divorcee, art instructor, photographer, and social innovator, Dueweke-Perez is the sum of a lot of experiences.

The entrepreneur is the owner of marketing agency Featherstone Moments, through which he exercises his passion for bringing equity to minority- and immigrant-owned businesses in Detroit. He knows what it means to be on the outside, looking in.

At 9 years old he and his family moved from Guadalajara, Mexico, to Detroit, via California, and he struggled with culture shock, finding it difficult growing up in a Mexican American neighborhood.

“It’s not as welcoming as you may think, I was bullied because of my lack of English and my accent,” he says. “Now I feel differently, I feel like I don’t have to blend in, I want to own what my background is.”

For many years Dueweke-Perez was undocumented, but he fondly recalls selling cheesecakes door-to-door in Southwest Detroit to earn money during his family's first few years in the city.

“I would be doing most of the talking, selling, and hustling,” he says. “People knew me, they called me 'El Chisquero,' which sort of means 'cheesecake man.' It was fitting because it’s not in English and not in Spanish.”

Perhaps the bilingual, culinary nickname stayed with him, because Dueweke-Perez went on to become a co-founder of Southwest Detroit Restaurant Week (SWDRW). The concept for the annual 10-day event, during National Hispanic Heritage Month (which is observed from mid-September to mid-October), came from a desire to highlight Latin American heritage, which Dueweke-Perez felt was being neglected in mainstream media coverage of Southwest Detroit.

“I remember there was a list published of 50 restaurants that you have to go to,” he says. “And there was one Latin American restaurant, and three Black-owned businesses.” 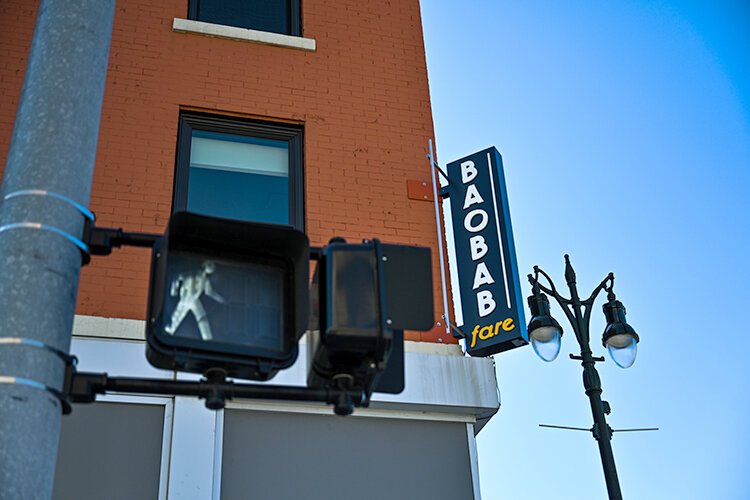 The celebration was canceled this year due to the COVID-19 pandemic.

“We decided that canceling was the most moral thing to do,” says Dueweke-Perez. “But we also suffered a death.”

Fellow SWDRW founder Monica Echeverri Casarez died in April from complications due to COVID-19, and spent her last months working with Dueweke-Perez to help restaurants involved in the program to pivot. The pair, and community partners, assisted the 25-plus restaurants with translations, navigating government coronavirus policies, and establishing food delivery and text communication systems.

“We fundraised money for restaurants who have participated in the last two years, working with restaurant owners to connect with digital media,” Dueweke-Perez says.

Dueweke-Perez hopes the annual event can continue in 2021, and continue the legacy he and Casarez began. With so many influences contributing to his own identity, Dueweke-Perez wants SWDRW to highlight the many cultures that make up Latin America, and help break down stereotypes around what it means to be Latinx.

“Latin American means people from El Salvador, Puerto Rico, Ecuador, you may not even speak Spanish — in Brazil they speak Portuguese.”

“I still have people ask me if I speak ‘Mexican.’ "

His work for SWDRW isn’t Dueweke-Perez’s only dream for Detroit. 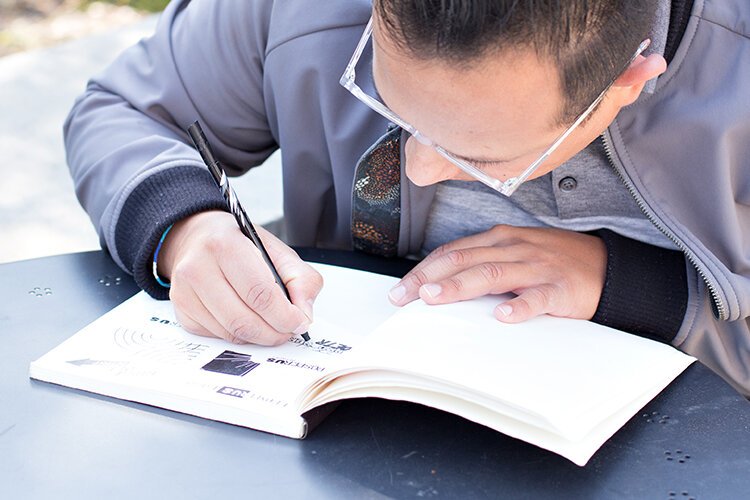 “There’s three things I want to accomplish in my lifetime,” he says, explaining that the first is to encourage a stronger solidarity between Black and brown people. His second hope is progress toward a trilingual Detroit, with public messages and signs in Spanish and Arabic.

“The third is that I believe the future is going to become co-operative, worker-owned,” he says. “It allows for multiple people to grow generational wealth.”

To that end, Dueweke-Perez is working toward making his marketing company an employee-owned enterprise, but he explains that his visions aren’t happening on their own. A ProsperUS graduate, Dueweke-Perez has received support from TechTown, Wayne County, Detroit Economic Growth Corporation, Goldman Sachs, and Kiva Detroit. This year he was recognized as a Detroit Innovation Fellow (DIF), where he was able to secure a $2,500 grant.

For him, the grant funding is helpful but it’s the connections he has made through the DIF program, and the encouragement he received personally and professionally that has been the most valuable.

“It has meant that people believe in me and in my work,” he says.

“Throughout much of my life, I've had to go 'contra la corriente' ('against the current'), and to be recognized as a Detroit innovator was a flattering reminder that it's all for something, despite the challenges, odds, and lack of support at times.”

“I want to continue a legacy that doesn’t start or end with me.” 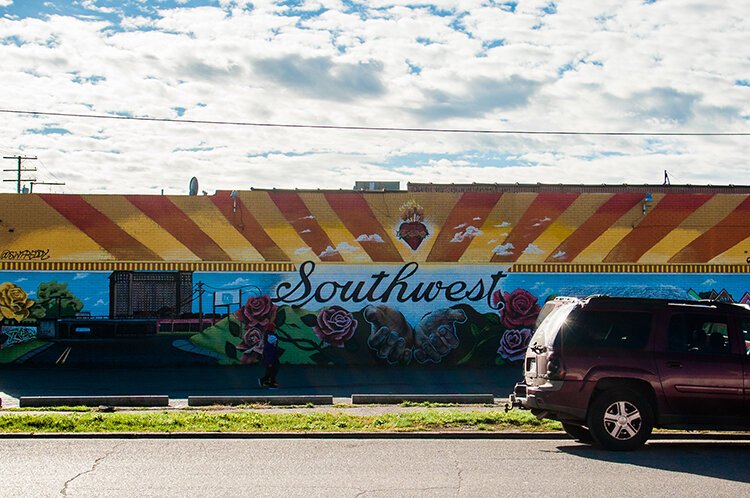 This is part of a series supported by the New Economy Initiative (NEI), a special project of the Community Foundation for Southeast Michigan that is working to build an inclusive regional network of support for entrepreneurs and small businesses. Social entrepreneurs featured in this series are fellows of the last cohort of NEI’s Detroit Innovation Fellowship, a talent development program that connects, promotes, and invests in people who are leading projects to transform their communities.