Model D: What does the future hold for Detroit SOUP? 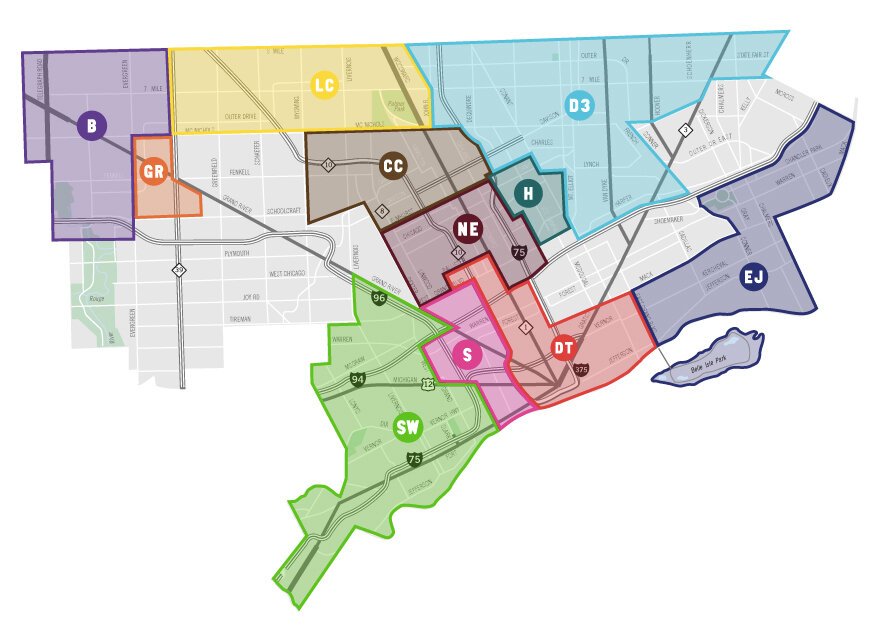 Back in 2010, Amy Kaherl decided to take crowdfunding out of the internet and into the community. She launched a series of Detroit SOUP micro granting dinners, held monthly at the Jam Handy on West Grand Boulevard. Attendees would pay $5 for a simple dinner of soup and bread, and would hear project pitches from local entrepreneurs and neighborhood advocates. The audience would vote, and the winner would get the whole kitty to support launching their idea.

“It was messy. It was complicated. It was beautiful. It was Detroit,” Kaherl says.

The prizes were small, ranging from about $300 to more than $1,000. But over the years, Detroit SOUP has awarded nearly $157,000 to more than 180 projects, including many names now commonplace around the city. Ever heard of Always Brewing Detroit, Detroit Food Academy, or Shakespeare in Detroit? They all got their footing at Detroit SOUP.

Harriette Brown calls herself the “poster child” for the impact Detroit SOUP can have on talented individuals who lack access to capital. As a mother of 10 kids and a passionate vegan cook, Brown figured she’d “work for someone else until I couldn’t.” But thanks to winning at Detroit SOUP, she launched a mobile catering business, “Sisters on a Roll.” Now she’s a business owner.

“Detroit SOUP is hope,” says Brown. “It's a foundation for you to go out and grab that elusive dream. Even if you fail at it miserably, you still have the hope that you can get to where you need to be.”

In 2013, Detroit SOUP began moving into neighborhoods, both adding to and diversifying the people it reached, types of projects it funded, and the number of dinners it produced. But by 2017, Kaherl was burnt out. Turns out, putting on 20-30 dinners a year is a full-time job, and Kaherl was not being paid for her efforts. It was time for her to step aside.

“Why I left, to be completely honest and vulnerable, is that we couldn't ever raise enough money,” says Kaherl. “I was working 80 hours a week, making $1,000 a month. I gave all of myself to this project. But it wasn't sustainable. And it shouldn't be that way.”

Meanwhile, Detroit SOUP was garnering international attention. Kaherl was invited to speak and train others on the concept in locales as far-flung as England and Nepal. The Detroit SOUP model has now been replicated in 225 cities on every continent.

Since 2017, Detroit SOUP has been managed as part of Build Institute. The nonprofit business accelerator took on the project with limited foundation support from the Southeast Michigan Community Foundation’s New Economy Initiative in 2018 and the Knight Foundation in 2019. That support is ending in 2019; the project is so far unfunded for 2020.

In late 2019, SOUP stakeholders — including past winners, board members, and community partners — gathered at Build Institute’s new offices at The Corner in Corktown to discuss possible future operational models and funding scenarios for the project. They discussed several central questions, including:

“We're here to understand if Detroit SOUP is still valuable in the community? The ecosystem has changed,” says Jones-Boyle. “If it is still valuable, it needs to exist. Where does it live? Who runs it? Should it live with the community and they run it, or does it live with Build Institute? And then how does it sustain itself and have enough resources to make sure that the program has a project manager and can also support the neighborhoods the way they need to be supported?”

Model D was there listening, and we took away some key points:

There’s nothing else quite like Detroit SOUP. While there are several other small grant and loan programs in Detroit, like Demo Days, Kiva Detroit, and pitch competitions with angel investors, there is nothing else exactly like Detroit SOUP in Detroit. One key aspect of what makes Detroit SOUP unique is its low barrier to entry and accessibility to the broadest spectrum of entrepreneurs. A second and equally important aspect is the way it fosters democracy; the community gets to decide who wins at Detroit SOUP, not a group of rich investors or bankers. And finally, nothing quite creates a sense of community and engagement like breaking bread and eating soup with your neighbors.

Storytelling must be a key part of future strategy. DetroitSOUP can lead the way toward robust storytelling and dissemination of information about not only Detroit SOUP winners but all participants. One goal might be to create information and a database that raises awareness for other potential funders, supporters and resource providers.

The pros and cons of grassroots vs. institutionalized models may lead to a hybrid model. Advantages of operating at the grassroots can include nimbleness and responsiveness to community needs, but it can also mean a lack of consistency in quality, over-reliance on volunteers who can get burned out as Kaherl did, and access to simple resources like printing. A hybrid model in which a project coordinator housed within an institution like Build but can work closely to support neighborhood leaders may create a “best-of-both-worlds” scenario while also providing a physical hub for Detroit SOUP stakeholders to meet and share ideas and resources.

The group discussed ways to work within the foundation community, the business community, and the financial community, employing traditional tactics like an annual fundraiser to underwrite Detroit SOUP project administration costs while continuing to rely on communities to fund the actual projects. One idea was to bring in an unpaid advisory board that could start working on the logistics, communications, and strategic planning. Another idea was to bring in an advisory board in which members pay to support Detroit SOUP and have a say in its future.

As the conversation about the future of Detroit SOUP continues, Model D will continue to keep you up to date. In the meantime, let Build Institute know what you think by filling out this survey.

We first profiled Amy Kaherl in 2012. Revisit her story here.

Or send a note to This email address is being protected from spambots. You need JavaScript enabled to view it. and visit Detroit Soup to learn more and find out how to get involved.